Healthcare.gov processed an application I did not submit

I started an insurance application at Healthcare.gov in search of options for a family member who is not covered by my employer's plan.

I abandoned the application. The status screen shows that my application is "In progress".

However, I got a notification that my application had been processed and my eligibility results are available.

How is it that my application was processed when I did not submit the application? 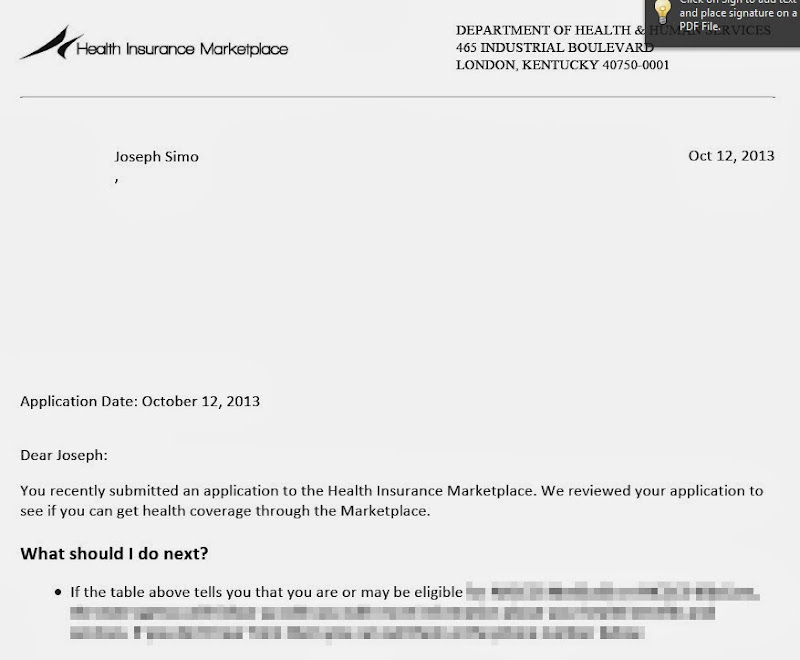 Furthermore, the decision letter I received says that I have 10 days to appeal any decisions or I will be ineligible for coverage in the future. Now, they've put me in a position that I have to get Healthcare.gov and a state agency to collaborate to withdraw the application I never submitted.

I now have zero trust in Healthcare.gov.

To clarify: "processed an application" refers to the first step -- determining eligibility to purchase insurance via the Marketplace. I've seen much speculation that assigns malice to a variety of parties as to why and how this occurred. I doubt that this is intentional. My application got into a bad state in the software systems. In the two weeks since the application was processed (and I wrote this blog post), I have not yet received a call from the state agency the letter said would be contacting me. It is likely that the application never for forwarded as the letter states.

My distrust of the software systems is based on the apparent lack of sufficient testing of the individual components and the full Healthcare.gov system; not malice on the part of any individual or group.

HHS Secretary Kathleen Sebelius testified "We didn't have enough testing, specifically for high volumes, for a very complicated project. We had two years and almost no testing." Regardless of the political influence, building a complex system like Healthcare.gov without testing and adjusting design as you go is a recipe for failure. This is especially evident in the security issues that I've observed -- especially, those noted in my Appalled! post.

I've found something interesting in the data for the application for which I got an eligibility determination without submission. I see many memberEvent entries when appears to mostly be referencing eligibility checks. The datetime values listed for these appear to be spread out over the time during which I was attempting to fill out the application. This suggests that Healthcare.gov might be doing eligibility processing before the form is submitted. I'm guessing, so I might be wrong. I do find it interesting that so much history data is being collected behind the scenes as applications are being completed. 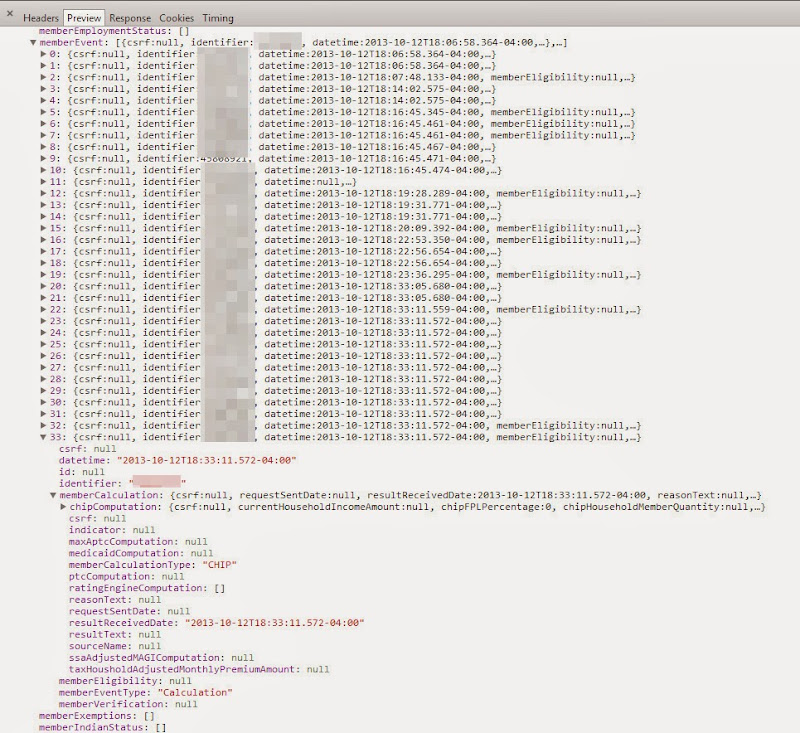